Re-enter the animated world of Ni no Kuni in the latest role-playing masterpiece developed by LEVEL-5.
Explore a beautifully crafted world and experience the gripping story in an all-new RPG adventure. LEVEL-5 reunites with Yoshiyuki Momose on character design and music composed by Joe Hisaishi in the production of the next Ni no Kuni tale.

ALL-STAR PRODUCTION - LEVEL-5’s mastery of the RPG genre is combined with music created by the renowned Joe Hisaishi and character designs by animation artist Yoshiyuki Momose.
CAPTIVATING STORY IN ANOTHER WORLD - A charming and tragic tale unfolds as Evan, a boy prince learns how to become a leader and build a kingdom. Stunning visuals recreate the world of Ni no Kuni and immerse players into an incredibly vibrant, animated land filled with a new cast of delightful characters to meet.
ROLE PLAYING MASTERY AND DYNAMIC FIGHTS - New and traditional RPG elements expertly crafted and designed featuring dozens of locations to explore, hundreds of creatures to battle, and a wealth of quests and secrets to uncover throughout the sweeping journey. Battle against fierce foes utilizing an exciting real-time battle system
PLAY ANYTIME, ANYWHERE - Explore the world of Ni no Kuni and help Evan build his kingdom anytime, anywhere on the Nintendo Switch.
INCLUDES PREVIOUS DLC - Ni No Kuni II Revenant Kingdom - PRINCE’S EDITION will include Prince’s Equipment Package, Proper TidyRing, Proper Tidy Pendant, Hero’s Delight, Dragon’s Tooth, Cat King’s Claw, Special Swords Set, and all previous DLC – The Adventure Pack, The Lair of the Lost Lord, and The Tale of a Timeless Tome. 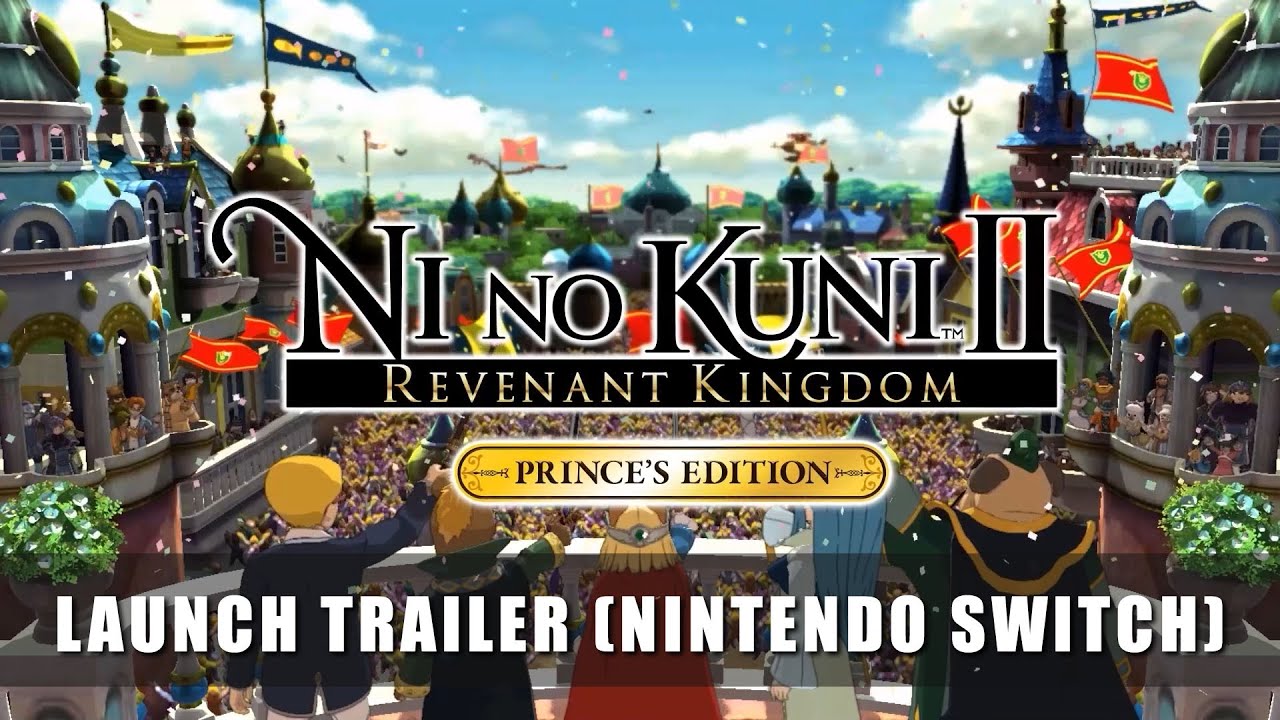